It was a fantastic weekend event at the ‘Warehouse Manchester’, which hosted the 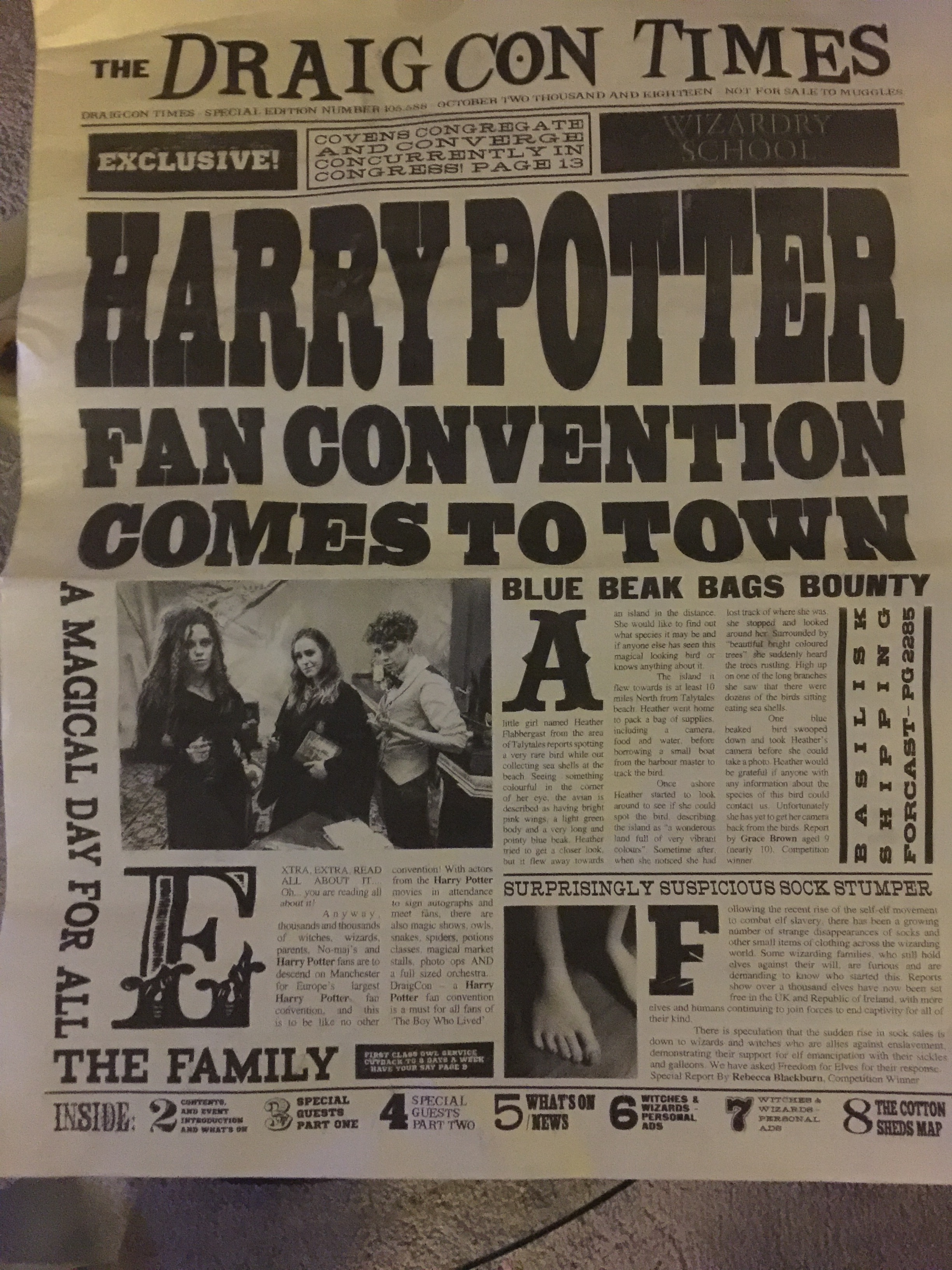 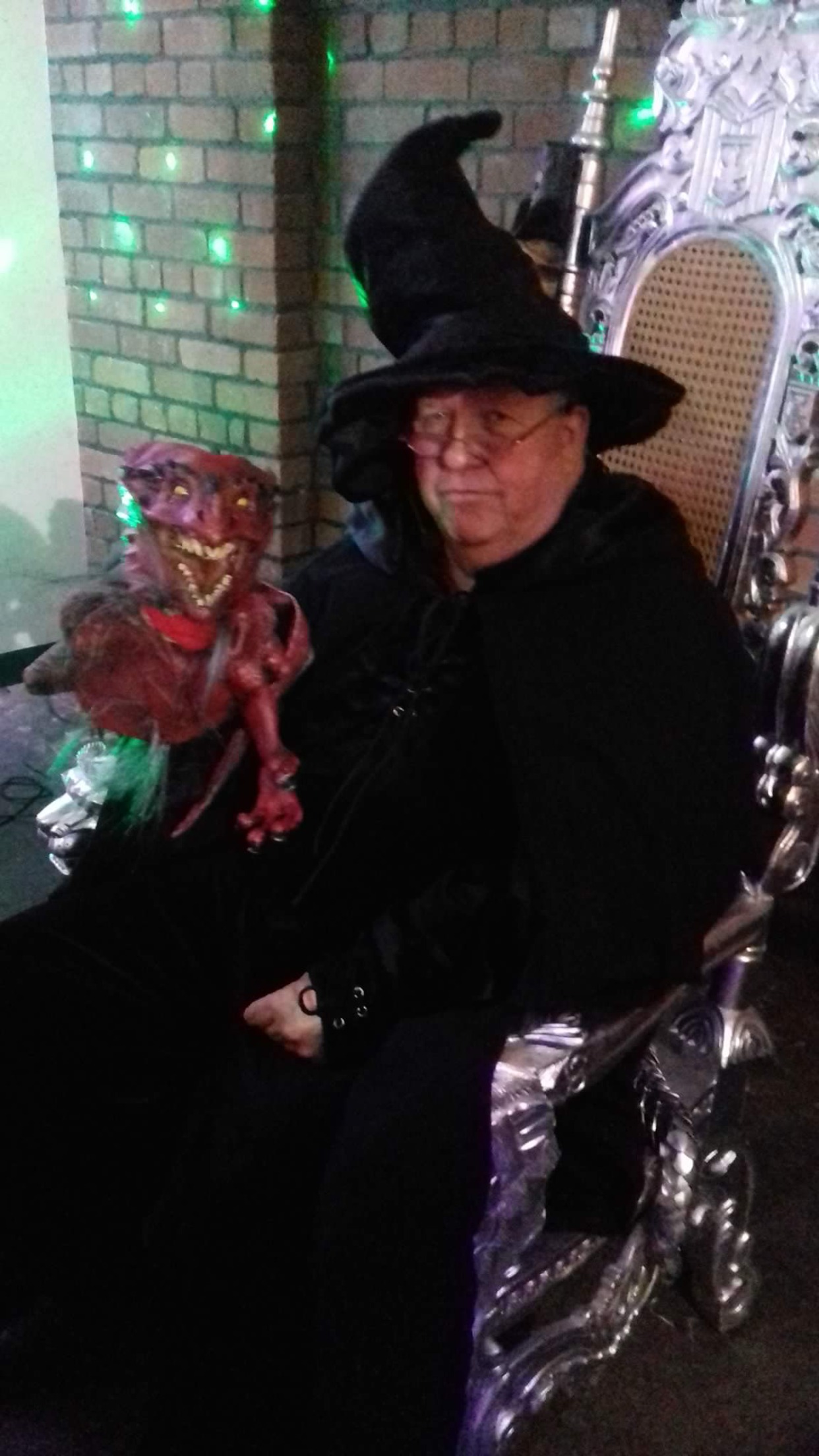 Panryl the Wizard, Eric Pendragon and Cuthbert the skeleton were ready to tell ghostly stories to both adults and children.

‘Cuthbert’ the pirate skeleton made a new friend, Esther from Western Spiral Art 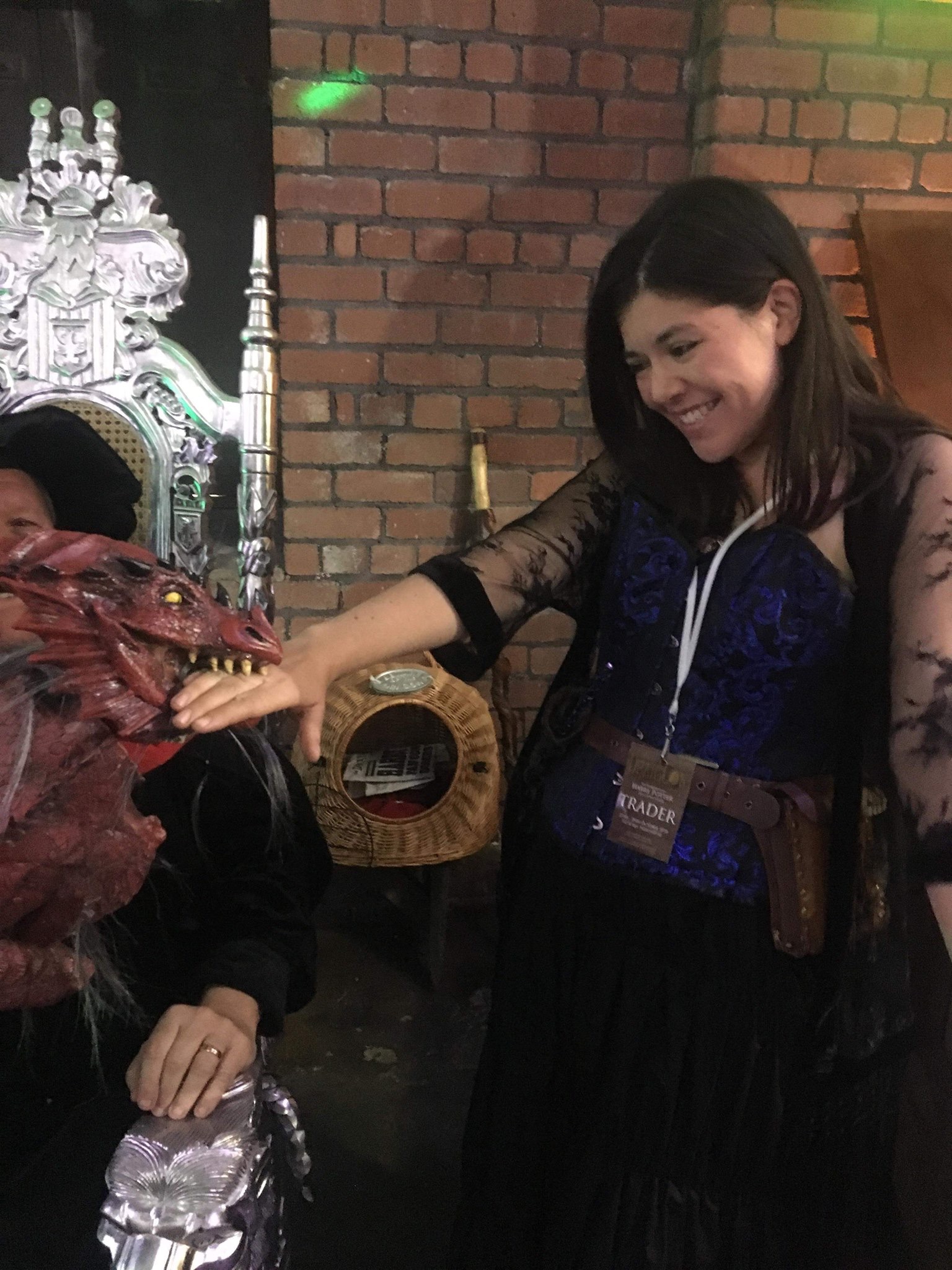 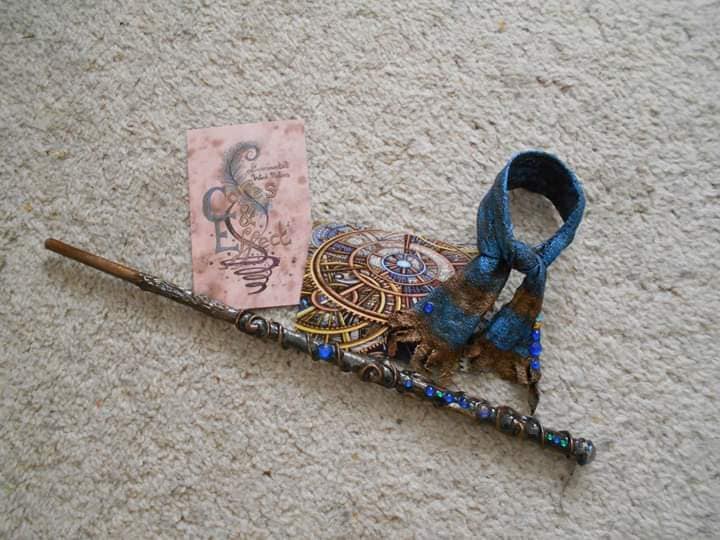 The team from Western Spiral Art getting adults and children to make their own wands, the activity was amazingly popular. www.facebook.com/WesternSpiralArt

on the weekend before Halloween. The crowds (1000’s +) pored in to the amazing event, with many actors there from the Harry Potter films, plus traders selling Harry Potter gifts and goods, the actors hosted talks and met their most ardent fans, plus they signed autographs.

Panryl the Wizard was telling Magical Spooky stories in the cellar bar which was very atmospheric, it had a spooky feel even before he started his Halloween stories, which lead the audience to both the ‘GRAVESIDE’ and the ‘VERY GATES OF HELL’ and back again, in the next vault in the cellar was the mad professor, who was doing many spooky and scary potion classes and weird experiments.

About the Author: Peter J Parker