“The aim of storytelling is to encourage confidence in children, teenagers or even adults to read more and explore their own imaginations.”

Peter J Parker is a traditional costumed storyteller who makes stories come to life by captivating his audience.

Over the past 15 years he has performed in countless venues including schools, castles and heritage sites and at specialised themed events like the Harry Potter Fan Convention in Manchester. He tells stories about dragons, wizards, clever fools, foolish fools, truths and lies. 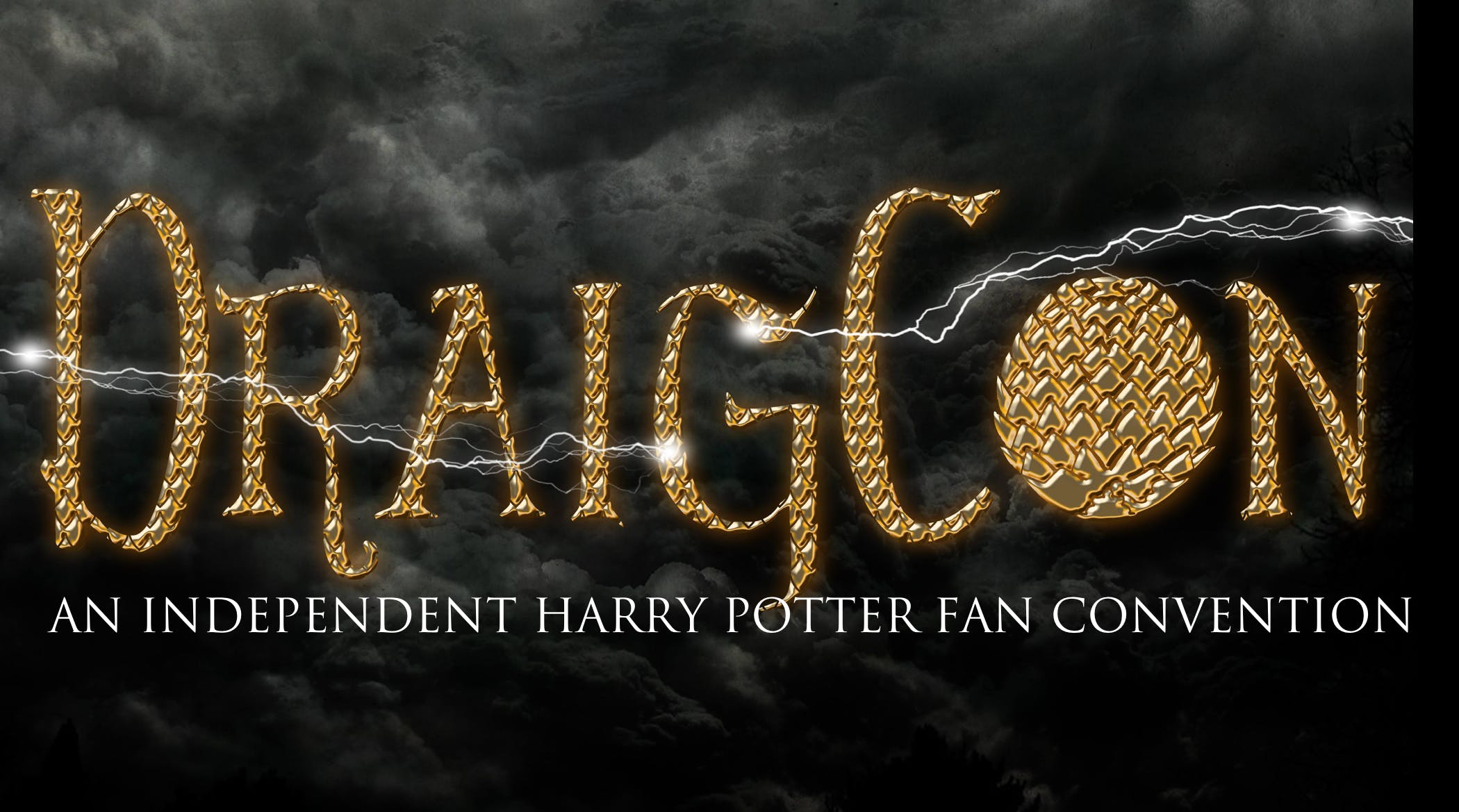 By introducing children at an early age to storytelling they can be encouraged to create and tell their own stories. This can reduce the fear they feel when in later life they have to speak in public, by increasing their self-confidence.

Over the years Peter has found that being in costume and having his two puppet dragons engages children with short attention spans. This enables him to build intrigue and suspense.

The interaction between the children and the dragons builds up the children’s interest in the stories. The two dragons (although they are brothers) are a direct contrast with each other; they cause humour, amusement and smiles.

“They have been found to be especially useful for children with special educational needs. The dragons are an invaluable tool to sustain attention.”

For adults
GET IN TOUCH

“The best atmosphere is achieved in pubs and restaurants after the sun has set. The room lit only by candlelight with the audience having plentiful supplies of wine or clutching foaming pints of ale”

In times gone by – long before television and music hall theatres – taverns would be buzzing about the arrival of experienced travelling storytellers. The storytellers would walk, ride or sneak a free ride on a passing cart, whilst travelling from town to town. The taverns would be crowded with eager customers, happy to be captivated and spellbound by the many tales enthusiastically regaled by the storyteller.

“Peter in his guise as the Grim Reaper sits on his magnificent silver throne, whilst enthralling totally adult audiences with his scariest, ghostly and supernatural stories, from times long ago.”

The storyteller transports them via weaving intriguing tales, to the very ‘GATES OF HELL’ or maybe just a different time or place.

The myths, legends and stories he tells are each between 10 – 15 minutes in duration. Timings can be arranged to allow pre-programmed breaks for customers to recharge their glasses, or fitted in between food courses over dinner.

For Christmas
GET IN TOUCH

“Father Christmas beguiles children with Christmas stories from all over the world, to mesmerise both young and old.”

Our storytelling wizard has direct links to book Father Christmas for your event.

Santa is available for bookings for corporate, special Christmas parties and events in and around the Yorkshire, Derbyshire, Nottinghamshire and surrounding areas. He also has a Santa’s helper elf, especially to help him out at larger events.

Early booking is essential as Father Christmas tends to get booked up very quickly for the main dates in December.

Gallery
GET IN TOUCH

FROM WIZARD TO GRIM REAPER! 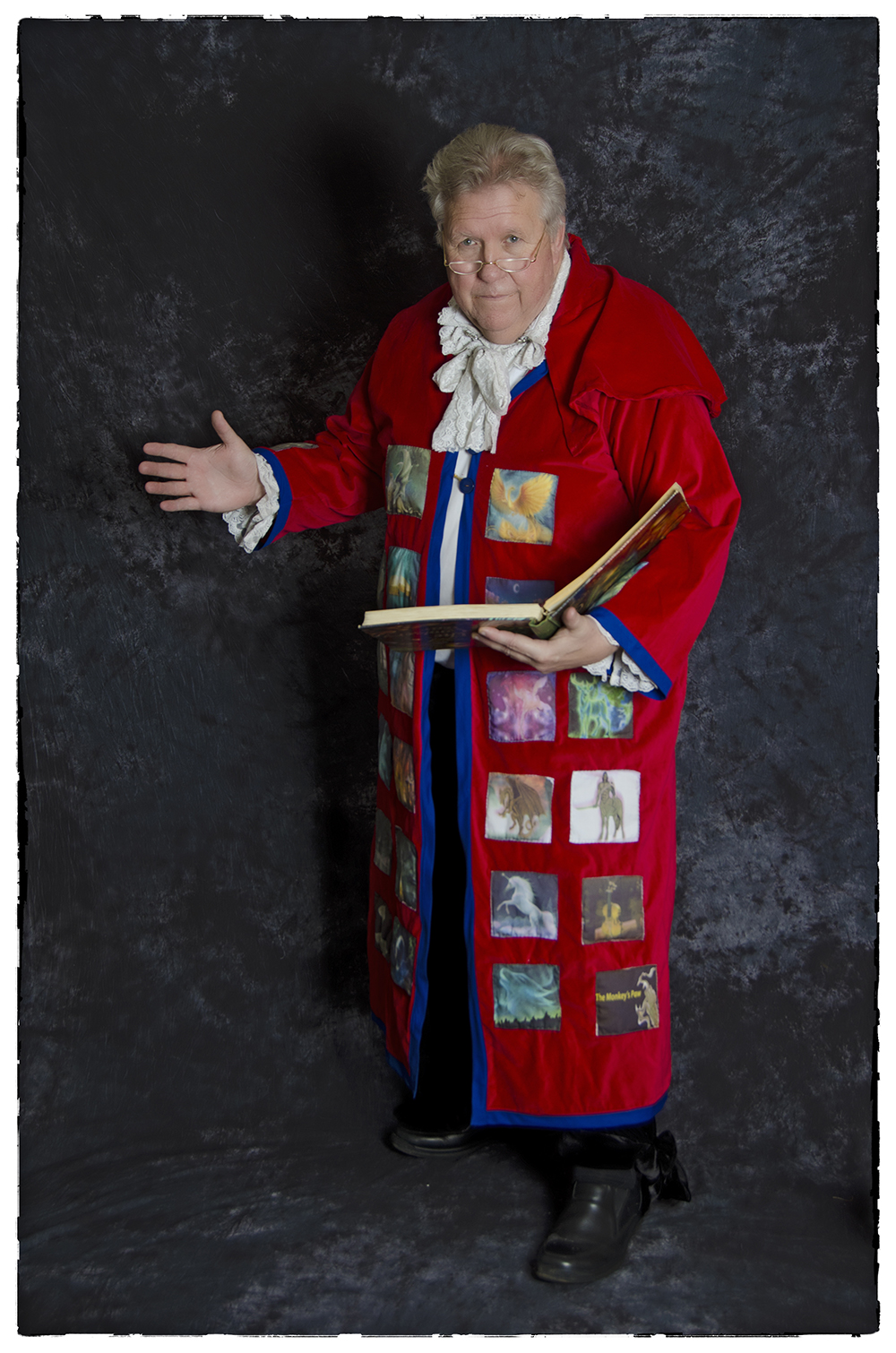 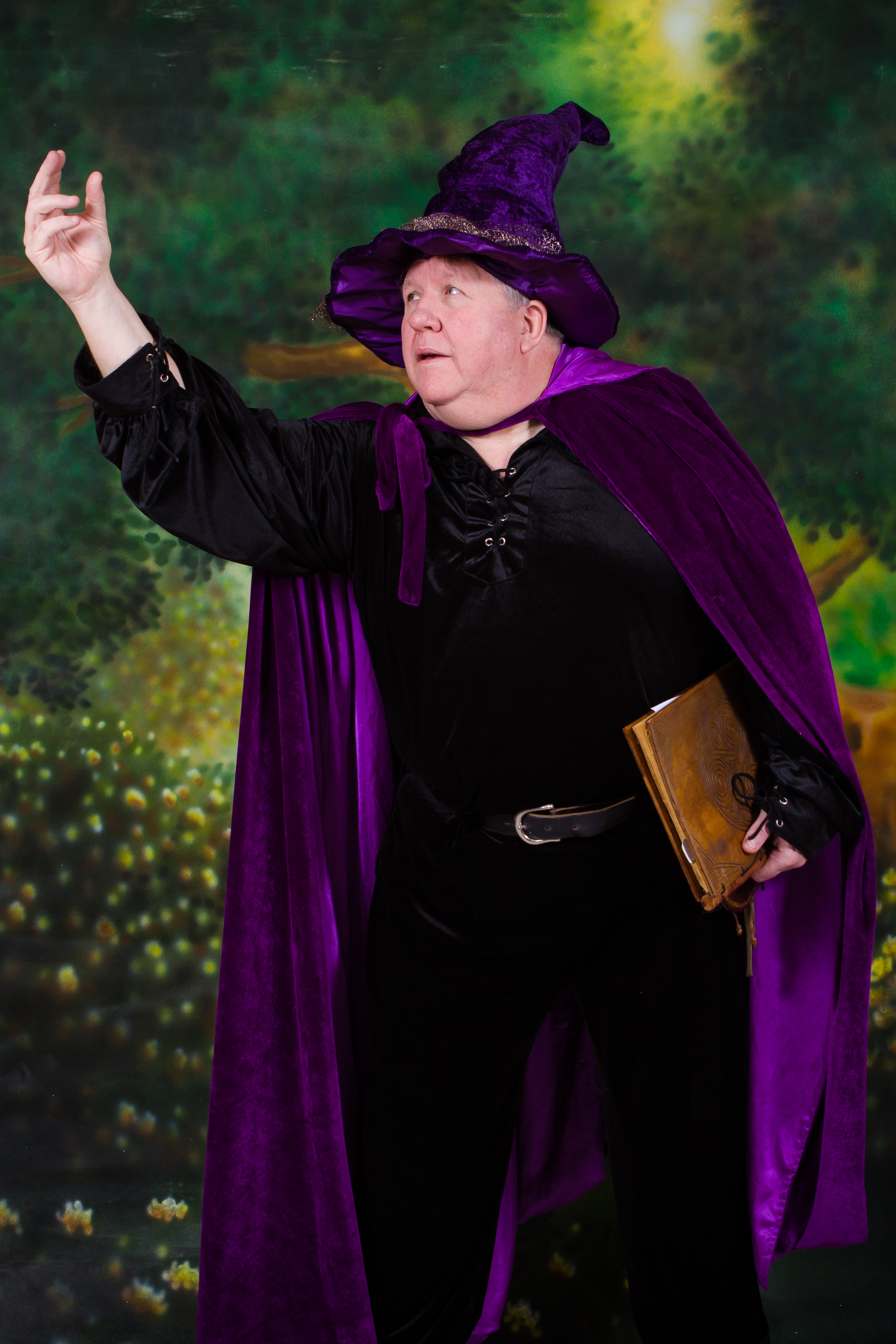 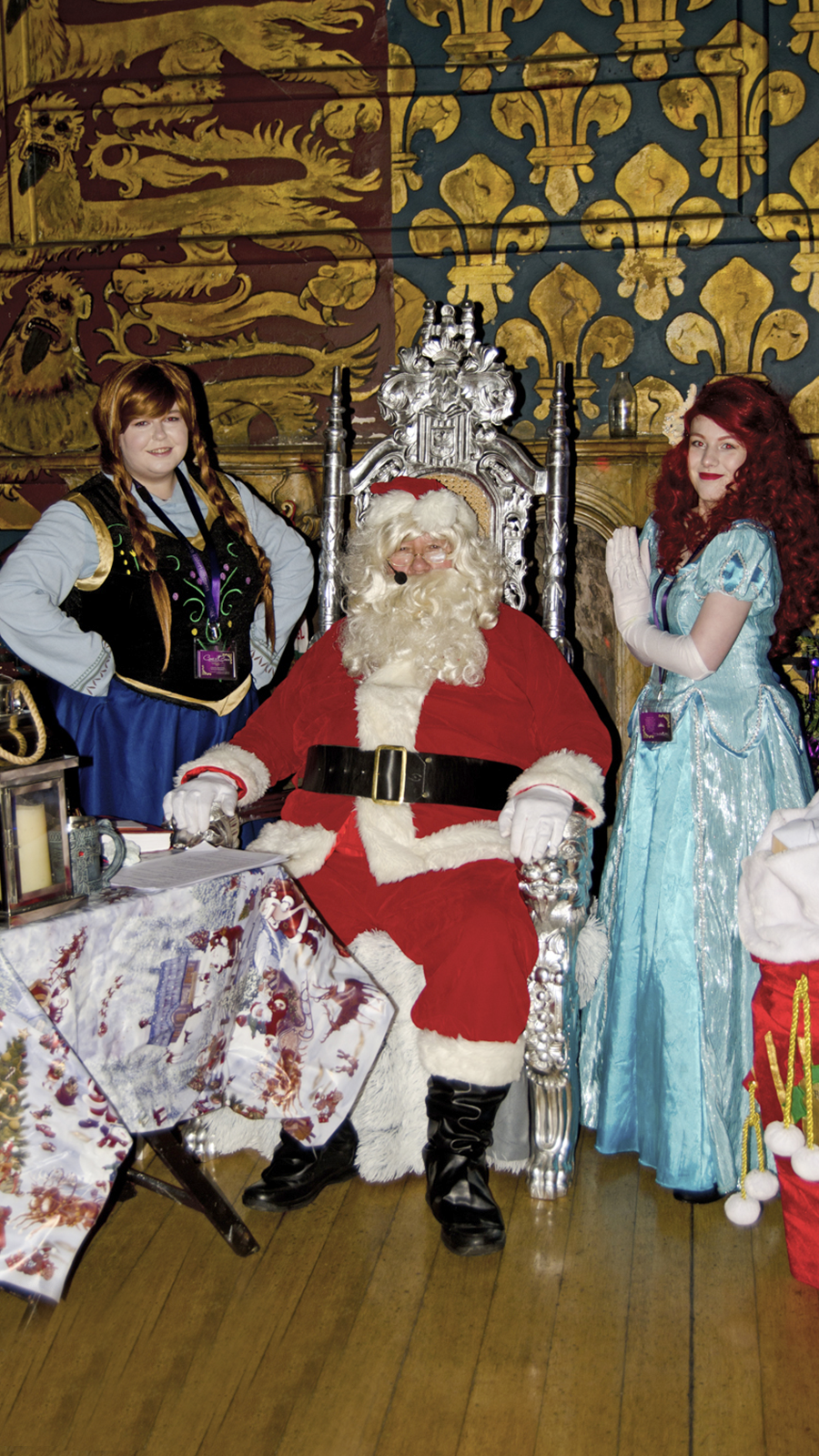 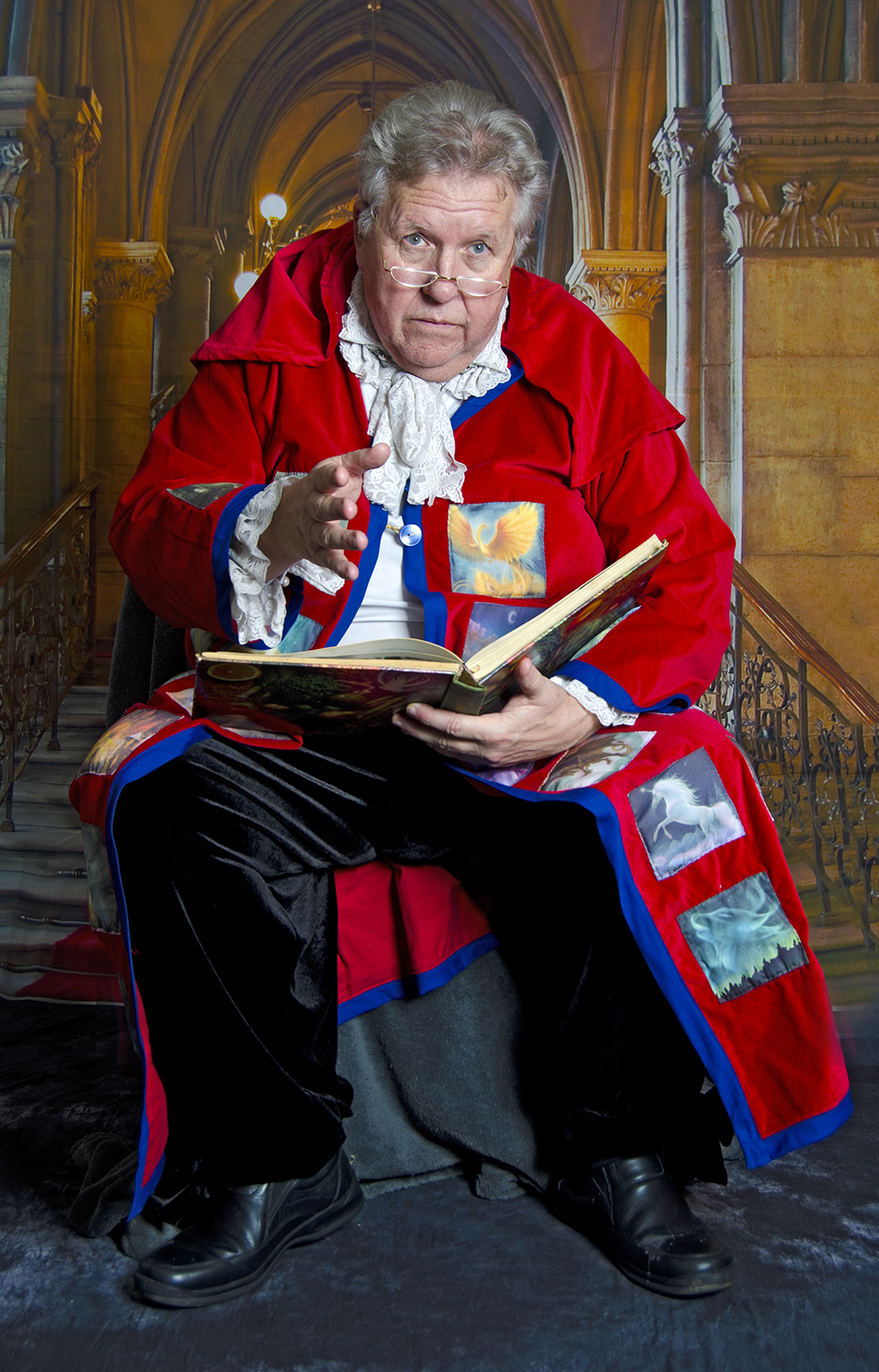 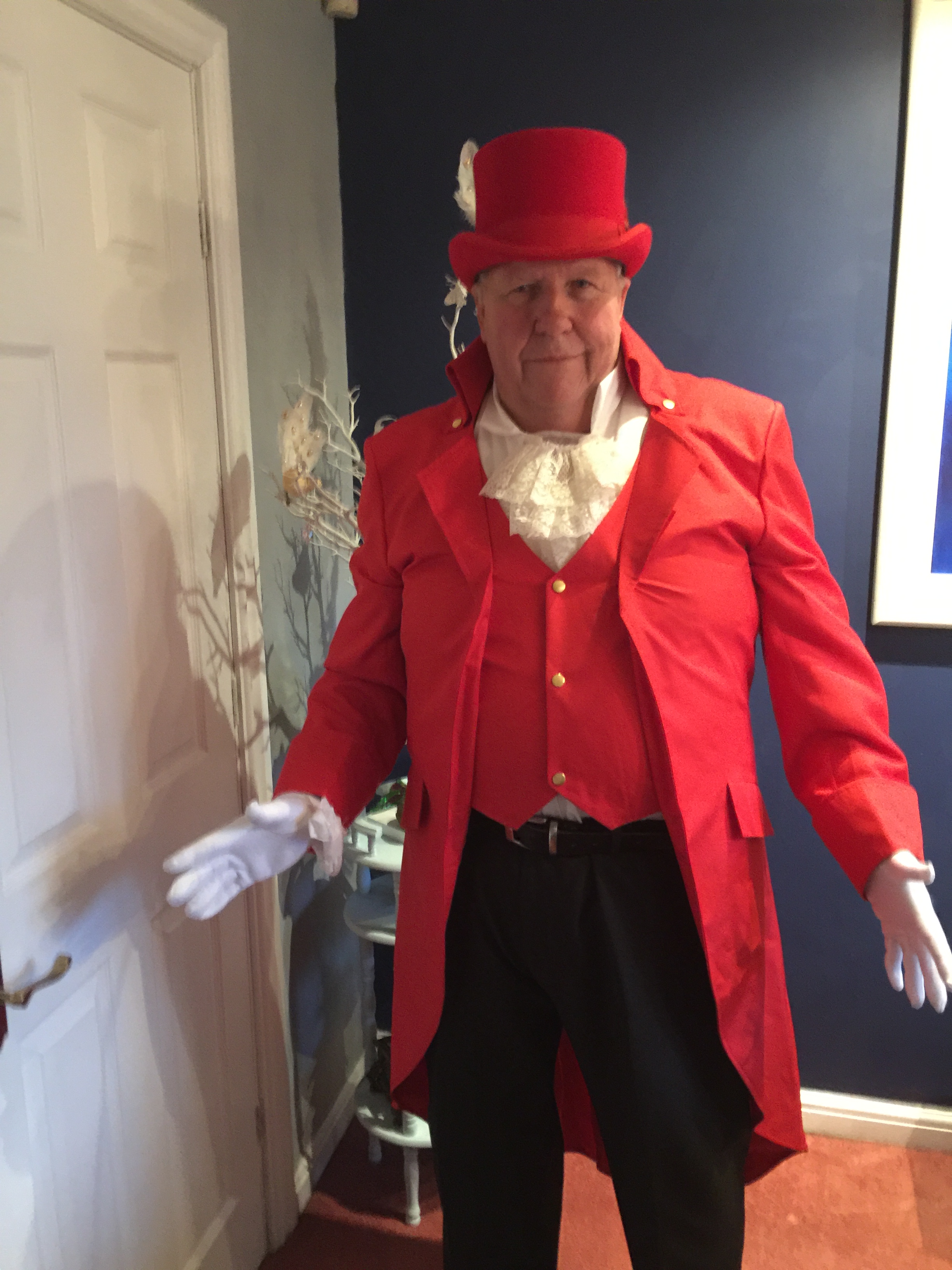 Telling of ‘The Phantom Coach’ by Amelia B Edwards

Spooky tales were the ticket recently at Wickersley library, where they held they held A Ghostly Christmas. Storyteller, Peter J Parker, told the story of The Phantom Coach, by Amelia Edwards, to a captivated audience. Seen with Mr Parker are librarians Gemma Smith and Debbie Yates. The event was presented by Wickersley Parish Council and Mr Parker is a member of the Society of Storytellers and is promoting the tradition of telling Victorian Ghost stories at Christmas. 191696-1

Ash Dragon joined me to entertain the hords of young and old Panryl the Wizard and his dragon Ash led story telling sessions at the Rotherham Show.

Panryl The Wizard will be storytelling at the Rotherham Show Saturday and Sunday 7th and 8th September. Come along and meet the dragons

28 Wetheral Brownies and leaders were captivated at their summer adventure weekend in Harrogate last week. They loved the stories and most enjoyed the Ghostly story at the end.Panryl hopes they all slept well???

Ash Dragon joins Panryl The Wizard at Heights of Abraham

Our Ash Dragon had a day out with Wizard Panryl at the heights of Abraham at the May Day Bank Holiday Magical Event. Ash Dragon listened whilst Panryl the Wizard told some brilliant stories. He kept surprising children, hiding near the top of the cable car.

The Wonderful Wizard of OZ

THE WONDERFUL WIZARD OF OZ A storytelling show of ‘THE WONDERFUL WIZARD OF OZ’ I am in the final stages of adapting and creating a new 45minute storytelling production, of the classic story by L. Frank Baum. It is ideal for small audiences of somewhere around 30 in number. It will be best suited to family (Adults as well as children) audiences. The show can be performed in intimate venues such as a parlour or drawing room of Hotels, Stately Homes, Country Houses or Community Halls etc. [...]

“What a great evening! Thank you for all your preparation and helping to set the scene around the campfire for our family learning and reading evening. The children and staff really enjoyed the stories you shared so convincingly. The throne and puppetry added to the drama of the event. From the moment of arrival it felt that you were part of the event and that it was more than a job and you clearly had a love of storytelling! We look forward to working with you again.”

“Just to say a big thank you for making so many children’s Christmas magical. We hear your bell ringing, you enter the venue and the children’s faces light up! Then you gather them together and tell them an enchanted story, the glow on their faces is surreal as you move from one story to another. Then the finale as each child’s name is called out and they get to sit in front of you in your big beautiful chair, as you give them a lovely present. This is what Christmas is all about! You are so professional Peter and I thank you for all the hard work you put in, before you get on your sleigh and fly off to make more dreams come true. May we always do business together Santa. Thank you.”

“Peter, a big ‘thank you’ for being such an amazing Santa in our Baronial Hall, the Elves reported the customers and their children were enchanted by your superb efforts. We have already booked you for a further three events Santa events, plus our Halloween events in 2017.”

“We have booked Peter’s Santa for several of our clients, we have had nothing but praise about his convincing skills and we are delighted to say we will be booking him again this year.”

“Thank you so much for your lovely storytelling performances yesterday. It was great meeting such an interesting and interested person. I envy your ‘job portfolio’ and wish you all the best luck with your amazing career. We will most likely be in contact over the next year to secure further bookings.”

“I would just like to say how much my children enjoyed the visit of your Santa, your stories had the children captivated, the comment received from parents at the Grotto were very positive, we will be looking to book you this year. Once again thank you!”

During the 1970s and 80s Peter was a police dog handler, before becoming a director of a security company. He lives with his wife Julia who has now retired allowing her quality time to spend looking after their amazing grandchildren.

Peter’s grown up children and step children are all in their 20s and 30s with an overabundance of grandchildren, almost too numerous to count.

For adults he is dressed as the Grim Reaper telling stories sat on his ghostly silver throne, and together with his screaming giant skull and cloaked slightly bony skeleton fiend, he entertains with stories from a world of evil spirits and creepy ghosts, with joyous suspense and nail biting trepidation.

He also can relay real-life stories, about his time in the police force as well as being able to share many stories from real life.

Peter is flexible and adaptable in telling powerful expressive stories on any subject given reasonable preparation time. He is also fully insured and holds an enhanced DBS certificate.

Get in touch
GET IN TOUCH BELOW

If you have an event you’d like me to attend or would simply like some more information, please fill out the form below.

If you’d prefer to contact me directly then please call 01909 562 120 or 07836 232 993. I am a part time lecturer, sometimes it is easier to speak to me after 4pm Monday to Friday. You can also get hold of me via my email at storytellerpeterjparker@hotmail.co.uk